Ne-Yo believes there’s an opportunity for a hip-hop artist to be a champion for the LGBT community … and the job’s open for the taking.

The singer and “World of Dance” judge was leaving LAX Friday when we brought up the controversy over a transgender model being edited out of Travis Scott’s new album cover. Ne-Yo doesn’t slam the rapper — especially since Travis’ team says it wasn’t his fault — but he makes it clear LGBT models deserve more respect and equal treatment in hip-hop. 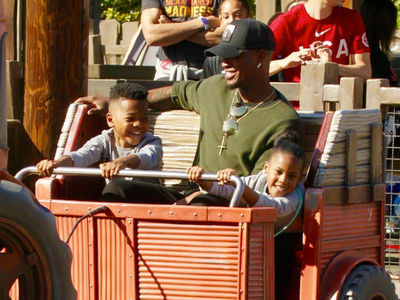 And, if someone were to spearhead a movement on behalf of those models … Ne-Yo says they’d go down in history.

On a lighter note, Ne-Yo weighed in on his fellow ‘WoD’ judge, J Lo, and A-Rod — and whether the “disgustingly cute” couple will be getting hitched soon. He’s got an inside track on a possible wedding singer!

A Day Out With Amber Arcades

The internet is upset that a long-standing Tootsie Pop rumor has...